Amado Espinoza will perform as part of the Art in the Loop/KC Streetcar Performance Series on Thursday, July 29, from 5-6:30 pm, in front of the lightwell building, 1100 Main St., near the KC Streetcar Metro Stop at 12th & Main.

Espinoza is a unique performing artist, composer and instrument maker from Cochabamba, Bolivia, that respects his folk traditions of the Andes Mountains while creating compositions that are sincere to his musical-wanderlust personality.

Amado works as a solo performer and with his groups Ayllu, Colectivo Yanquitl, and the Amado Espinoza Trio. He is a featured artist with Ensemble Iberica (Kansas City, MO), Oil rock band (Cochabamba, Bolivia) and guides sound immersive meditations. 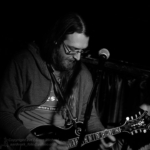