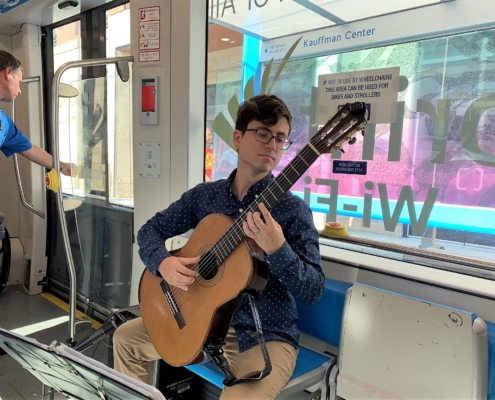 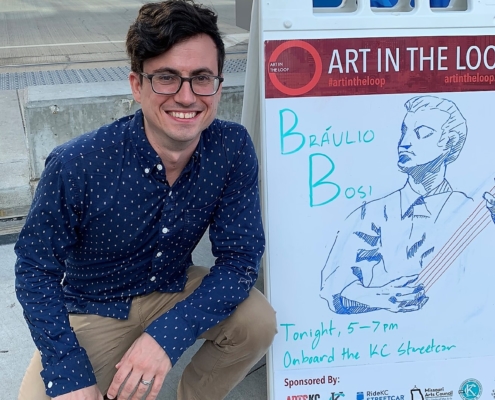 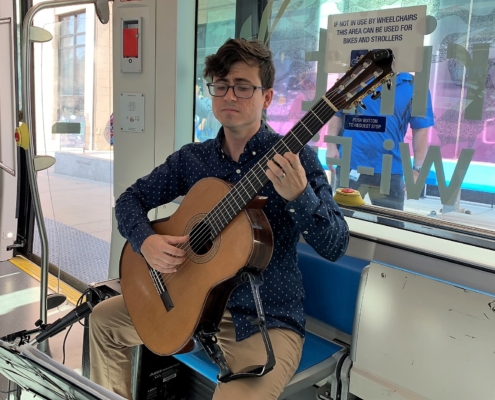 Born in Colatina, Espirito Santo, Brazil Bráulio Bosi has been playing guitar for 18 years, starting at the age of 13. Bosi has won multiple instrumental awards and performed in many venues, theater productions, festivals and concerts throughout Brazil and the United States. His music, which includes classical guitar solos from the Renaissance to the 20th century and Latin American guitar, demonstrates skillful musicianship and expert technique. Bosi constructs these classical pieces with deftness and precision, exemplifying his mastery of the instrument.

b.hive playback theater is a great way to kick off

The party is in the park tonight! Get down to Oppe

There is a new way to support Art in the Loop! Th

Last night, 150 guests attended the Art in the Loo

Deadline for the 2022 Art in the Loop Performances