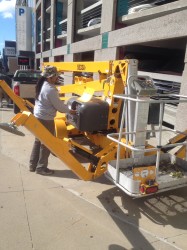 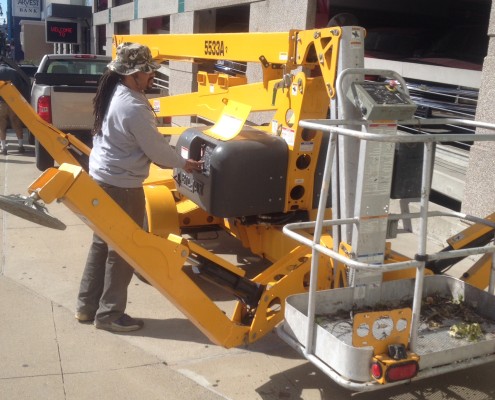 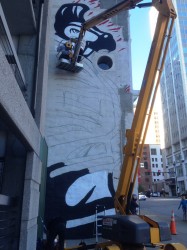 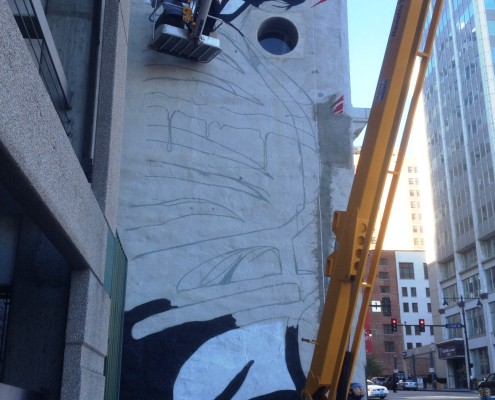 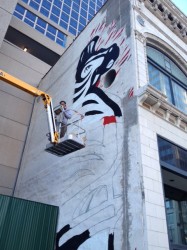 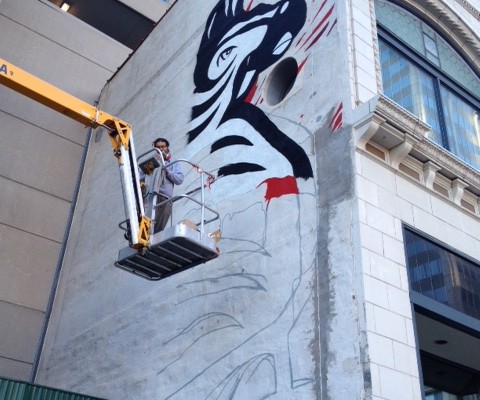 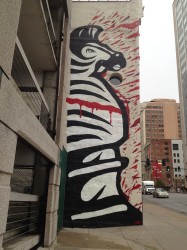 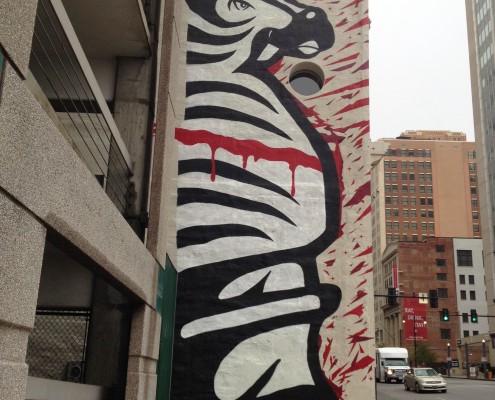 The Angry Zebra is an icon that Shafer has been using for a few years and has come to represent a certain aspects of his life. The Angry Zebra represents struggle of bi-racial youth to overcome racism from their extended families and strangers.

In the artist’s own words “Oftentimes, bi-racial or mixed kids have a hard time fitting in. They can feel like they don’t completely belong to a racial or ethnic group, which can leave them feeling left out or lost. This feeling of being out of place is why the zebra is shown angry. The blood on the body is a flesh wound. It might appear serious but it’s not keeping the zebra chess piece down. The slash on it’s side symbolizes a struggle with adversity and though the gash looks messy, he rises above the conflicts in his life and stands strong.”

Read more about the Angry Zebra from the artist directly at http://sikestyle.com/2014/09/16/angry-zebra-mural/

This mural located on the south side of the Bonfils building located at 12th and Grand. It is a temporary installation that will remain through the end of 2014.

Phil Shafer is a Kansas City Art Institute alumnus and has been a graphic designer for the KU Medical Center for over 10 years.  Phil started his own design/arts company, Sike Style Industries, in 2006 and has been involved in a variety of exhibitions, music events and mural projects. Through his art, Shafer channels the essence of graffiti and hip-hop street culture he grew up around during his childhood in Brooklyn, New York. Utilizing a mix of digital design, collage, spray paint and stencils, he creates art that invokes thoughts on race identity, civil rights, capitalism and politics.  www.sikestyle.com