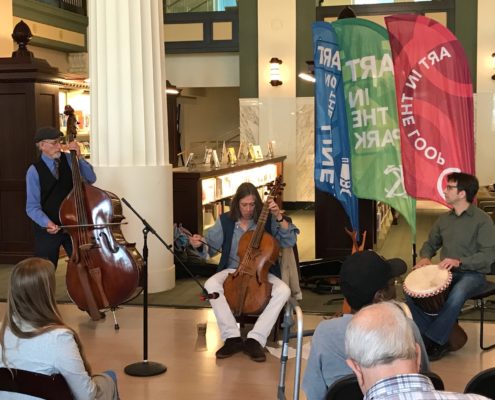 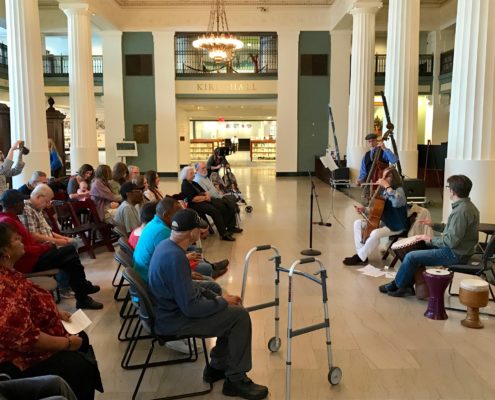 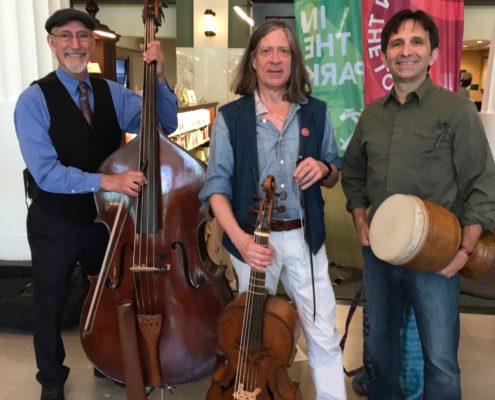 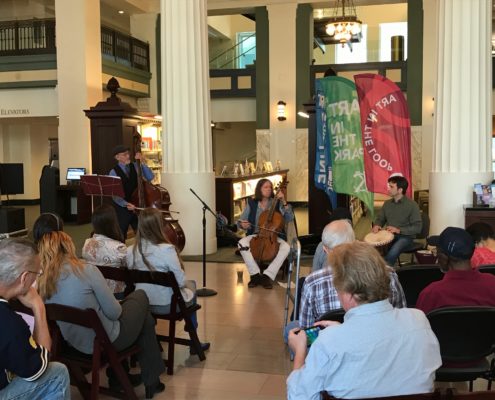 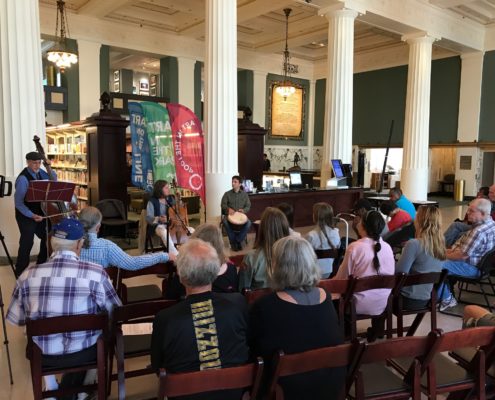 With roots in late 15th century Moorish Spain, the viola da gamba was played throughout Europe until the later 18th century. Since the end of the 19th century, it has enjoyed a revival which continues to grow in popularity. Nevertheless, the viola da gamba remains, despite some experimentation and a handful of modern compositions, a predominantly historical instrument for performing period music from written sources.

Trimble’s playing, while historically informed and respectful of traditions, surpasses the known boundaries of the instrument, connecting the cultures which produced it, and transcending the ages which developed it. Unlike the majority of conservatory players today, his style reflects the folk, improvisational and Eastern foundations of the viola da gamba – integral parts of its lineage. Additionally, Trimble expresses a more complete and updated technical potential by adapting bowed and plucked technical skills from Indian music, jazz, and contemporary genres; and also incorporates non-standard tunings of his own devising. In so doing, he re-defines the instrument as one for our time, creating the foundation for a new tradition: the viola da gamba as a world instrument.  Gerald Trimble’s musical exploration and innovation lead the listener to realms which can only be described as … uncharted.