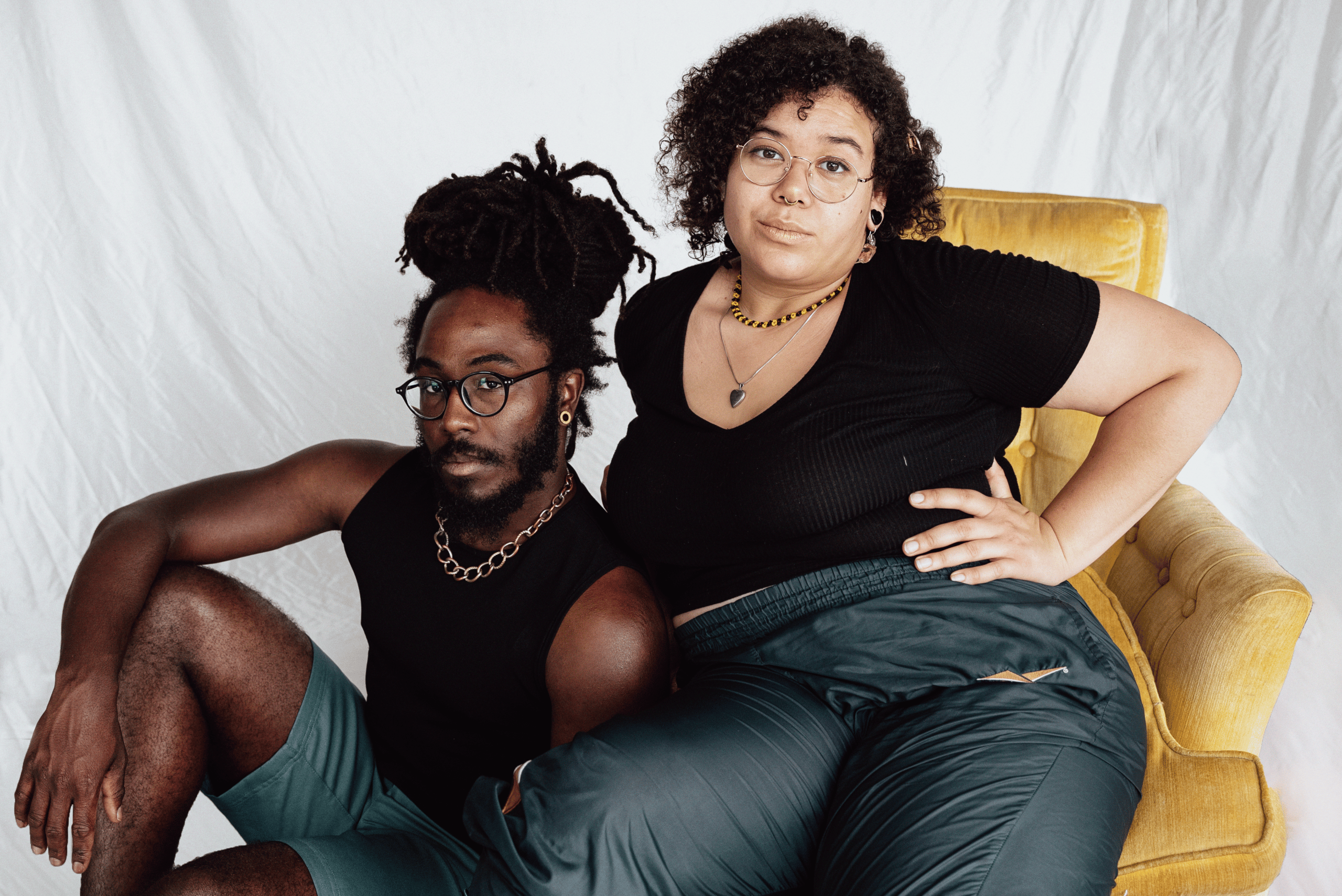 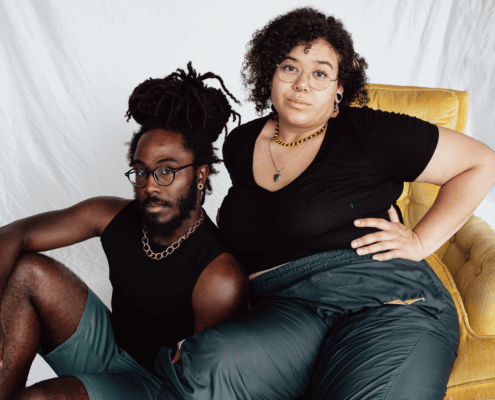 A musical force as eclectic as it is powerful, Kansas City’s The Black Creatures is a duo of classically trained musicians and vocalists whose fusion of styles lends itself to rich storytelling and exploring thematic and cinematic elements from unique perspectives. Sometimes atmospheric, sometimes ambient, sometimes funky, but always layered with textures of meaning and tone, The Black Creatures’ lyrics will transport you to a fantastical science fiction world, or to a vignette of everyday life. The vocal performance of Jade Green recalls triumphal yet heart-wrenching Neo-soul singers like Erykah Badu or D’Angelo. The production combines genres and styles from Robert Glasper’s jazz infused Hip-hop to the synthesized dance music of Daft Punk. Lyrical inspiration comes from Da Brat, Lauryn Hill, and KC native Tech N9ne. These diverse influences create a singular sound that only The Black Creatures can properly explain: Music that aims “to honor the past, celebrate the present, and transcend the expectations of the future by making consistently unique songs, videos, images, and interactive live performances.”

Representing the strange land of Kansas City, Missouri, Jade Green and Xavier began working together around the end of 2013 with no more than the intention to collaborate on just a few songs. They couldn’t stop and eventually dubbed the project The Black Creatures. They both write and perform vocals, with Xavier at the helm of production and composition.

The Black Creatures make a point to blur the lines of genre while maintaining a recognizable cohesion; often times blending contemporary styles of pop, hip-hop, dance, R&B, EDM and soul with cinematic and storytelling sci-fi/fantasy elements and themes. With the complex approach The Black Creatures take to their work, fans young and old have consistently regarded their performances as surprisingly gripping and intensely enchanting.

Jade Green pulls no punches! They have a vocal background in opera and a penchant for theatrics, and both are the foundation of their ever evolving approach to writing and performing in The Black Creatures. While the instrumentals may set the tone for the show, Jade’s voice captivates the audience from beginning to end.

Xavier lays the groundwork… Originally a violinist, Xavier unfurled into a producer and vocalist, maintaining the same air of intrigue and mystery throughout his compositions and performances in The Black Creatures. 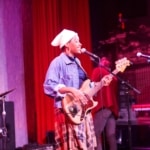