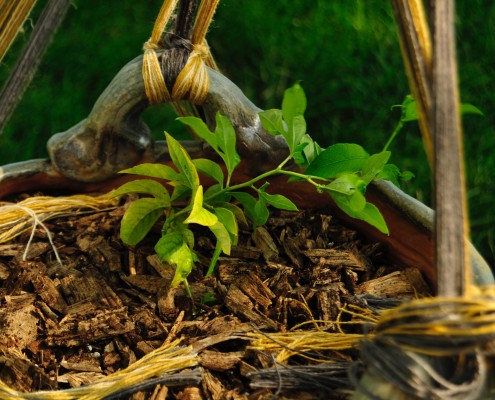 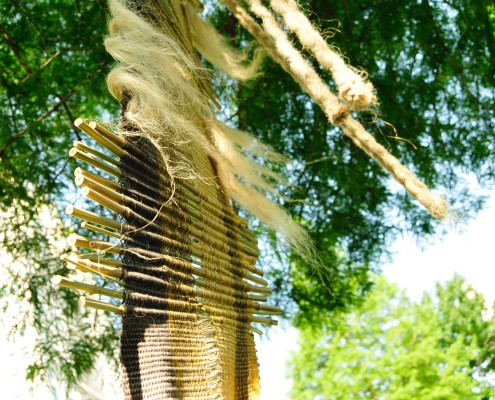 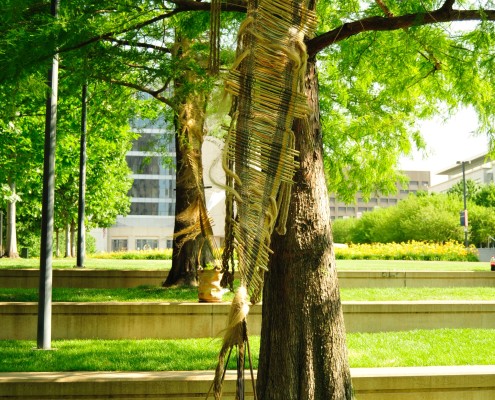 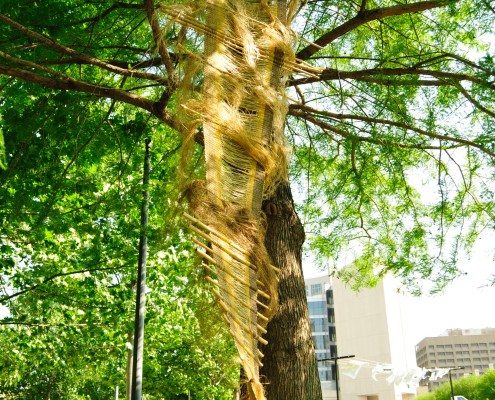 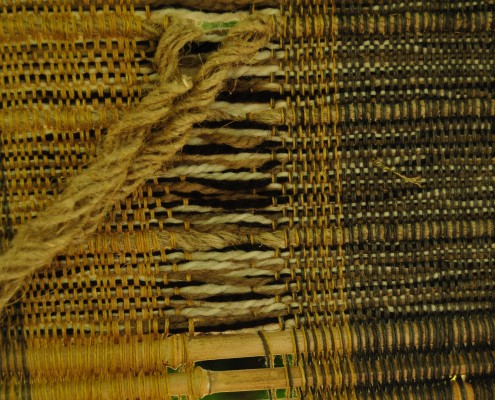 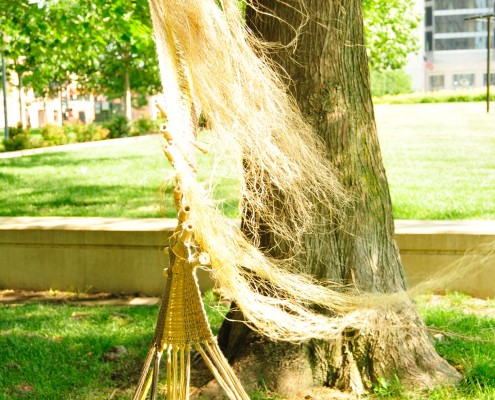 Hempen Support : Vines of Passion is a series of six large-scale totemic weavings. The weavings are naturally dyed and consist of natural materials like hemp, wool, bamboo and fallen tree limbs. Each weaving is grounded to a ceramic flowerpot that is planted with annual passionflower vines. The hempen weavings act as support for the trees representing hemp’s ability to lessen the impact of deforestation while leading to healthier, nutrient rich soil.

Throughout the project’s duration, the Earth will reclaim the weavings resulting in them fading and decaying. As the weavings continue to die, the passionflowers will thrive as they ascend up the weavings and into the trees. This visual representation serves as a metaphor for the life cycle of birth and death; one part of the work is thriving while the other is dying. Everyday, we are one step closer to death, but despite this truth, we are in the same sense alive and thriving each and every day we wake.

This project also has a scheduled backstrap weaving performance where visitors can learn more about how the pieces are created as well as have a chance to weave on a backstrap loom.

Neil Goss will be demonstrating backstrap weaving on Friday, July 29th in Ilus Davis Park.  Backstrap weaving is over 5,000 years old, bridges continents and cultures and is most likely one of the first looms humans used to weave cloth. Goss will allow viewers to try out weaving on the backstrap loom if they so desire.  This demonstration showcases the process used to create the Ilus Davis Park installation, “Hempen Suppport : Vines of Passion.” 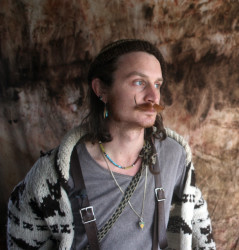 Neil Goss lives in the Eudora, KS countryside where he concentrates his work around natural Earth processes while responding to human impacts upon those processes. In 2012 he received two BFA’s in Design with concentrations in Textiles and Ceramics from the University of Kansas School of the Arts. Goss currently is a practicing professional artist, artist-in-residence at the Charlotte Street Foundation in Kansas City, MO and teaches pottery and natural dyeing at the Lawrence Arts Center.

We are the Landscape: Inti Raymi
Scroll to top