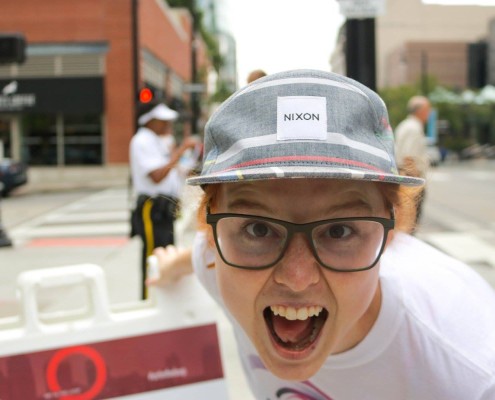 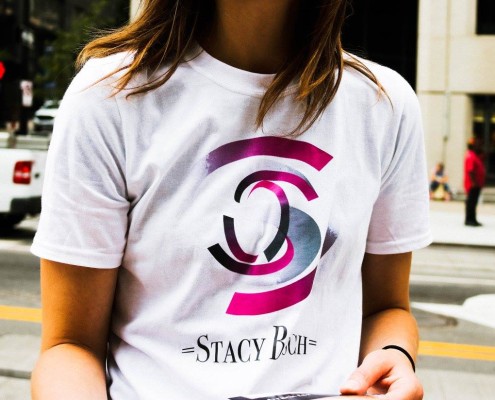 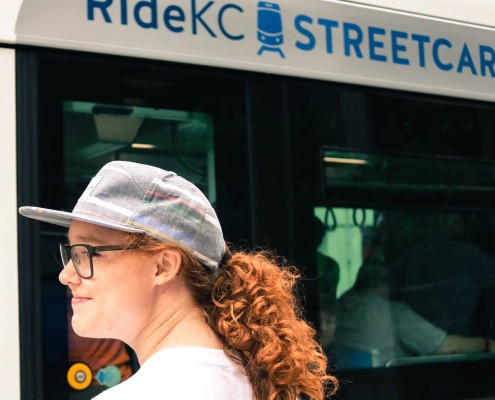 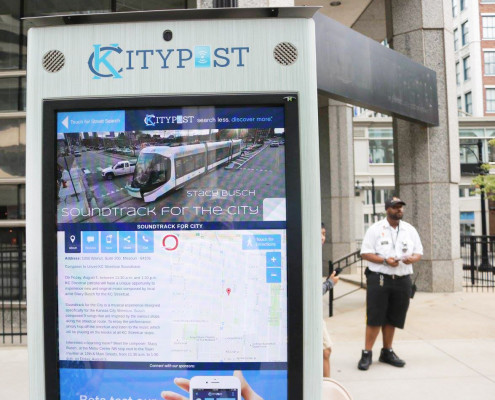 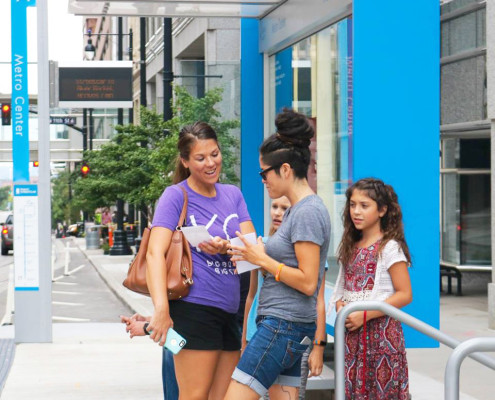 Soundtrack for the City

Soundtrack for the City is a musical experience designed specifically for the Kansas City Streetcar. Busch composed 9 new and original songs that are inspired by the various stops along the streetcar route. Each stop has an associated song title and each individual song captures the distinct character of the different parts of the city. For example, the song “Crossroads” is eclectic and youthful while “Glass” portrays the illustriousness of the Kauffman Center. Each passenger is able to view the soundtrack list and pick a song to listen to. This soundtrack for the city promotes artistic participation and accessibility with playfulness and provides rich and thoughtful songs that feel integral to the culture of Kansas City.

Soundtrack for the City will be performed at various streetcar stops at a date and time to be determined. 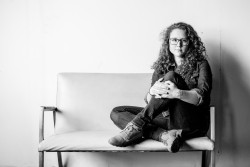 Stacy Busch has a unique artistic voice that stems from her interest and study in a variety of creative mediums. She aims to entice a different and broader audience to re-cultivate artistic interest and concert viewership.  Stacy has had her work performed throughout the Kansas City area including the experimental concert series ArtSounds, the Kansas City Fringe Festival, the Kansas City electronic music initiative KcEMA among others.